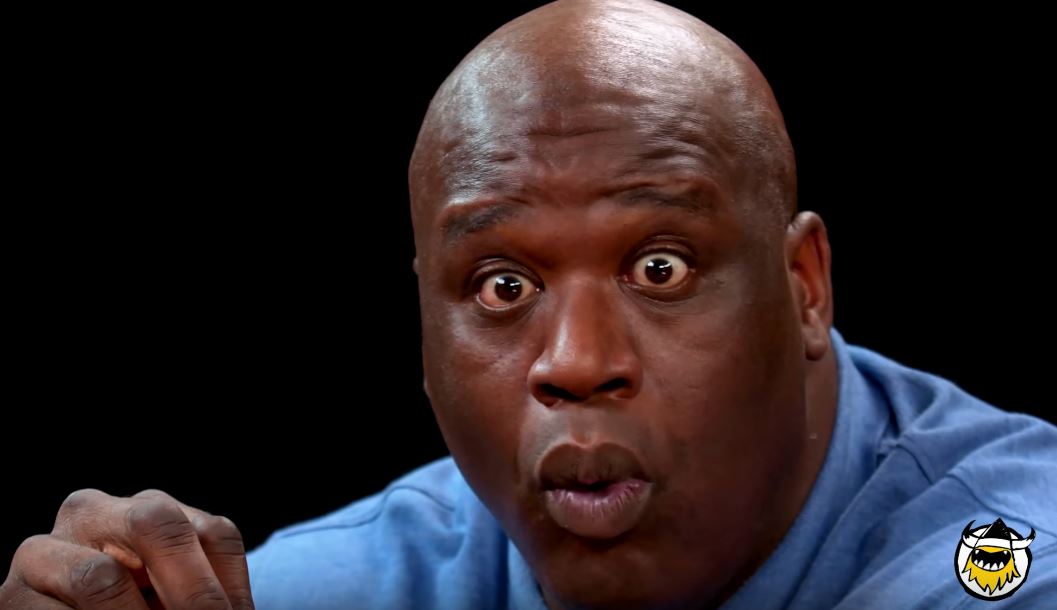 Shaquille O’Neal appeared on First We Feast’s Hot Ones web series this week. Guests on Hot Ones are interviewed by the host as they eat progressively hotter hot wings.

Before taking a bite, Shaq asked where the eighth sauce in the line-up called Da’Bomb Beyond Insanity was manufactured. When he heard it was made in Kansas, he expressed his doubts about the sauce’s heat level. Shaq said, “Kansas don’t know how to do no hot wings.” After two bites, Shaq realized that he had deeply underestimated the hot sauce that is made by Kansas City, KS micro-batch sauce manufacturer Spicin Foods.